I teach seventh grade civics to adults because our schools won't do it.
​Just imagine what this country could be if we had decent schools.

I teach seventh grade civics to adults because our schools won't do it.
The Capitol insurrection was a horrid event. It was a travesty. But, as a nation, we permit another travesty every day.

On January 6, hundreds of Americans invaded the US Capitol, determined to stop a process that doesn’t exist.
Some sought to murder certain members of Congress.
Five people died, hundreds were injured and terrorized, and the Capitol was trashed because our schools refuse to teach what Americans need to know. And our journalists spread those lies.

Congress does not certify, and can not change, election results.
US Constitution, Twelfth Amendment:

Did you get that?
The STATES certify their own electoral votes.
Congress meets only to COUNT those certified votes.
Whatever useless vote Congress takes afterward has no bearing on reality. It’s just theater.

So WHY do we allow every politician and “journalist” continue spreading that lie?

If our schools had done their job, and our media would stop spreading lies, most of those people wouldn’t have BEEN in the Capitol, expecting to change the outcome.
And five people would not have died.
Just imagine what this country could be if we had decent schools.
http://www.patomalley-consulting.com/teachers-and-journalists-created-americans--political-ignorance.html

It ALWAYS takes weeks to count, recount, verify, and certify every election. It always has.

We have never held a national election in a pandemic before.

There are barely enough poll workers to handle the voters on election day.

After the polls close, they have to count those votes. They don't get out of there until 2 AM as it is.
Then they must count thousands of paper ballots - mail, absentee, military, overseas, etc, - BY HAND.
They also have to sleep, eat, and pee.

It takes time. We do not control the laws of physics.

I teach seventh grade civics to adults because our schools won't do it.
Just imagine what this country could be if we had decent schools.

Relax.  We are not having a constitutional crisis.

Now that Donald Trump has COVID, this is what happens under the various scenarios, according to the US Constitution.

2.  If Trump dies before the election, Pence would be president until January 20.  (Article II, Section 1)
We would probably have to postpone the election, but not for too long because the new president must be inaugurated at noon on January 20, 2021.  (20th Amendment, Section 1)
The Republicans would name another person as their candidate, probably Pence.

Congress can change the election date, but each state has laws about procedures to get on their ballots, so there are 50 different answers to that question.  So Congress and the states would scramble to set new dates and make new rules.

While the territories - Puerto Rico, Virgin Islands, Guam, Samoa, and Mariana Islands - hold popular presidential votes, they have no representatives in the Electoral College, so it doesn't matter.  If the new Republican wins, s/he would be president.

3.  If Trump lives, wins the election, and dies afterward, Pence would become president for the entire term.  (20th Amendment, Section 3)  He would be eligible to serve a second term, but not a third.  (22nd Amendment)

Pence can nominate someone to be Vice President, and Congress - both Senate and House - would have to confirm that person, as they did when Richard Nixon appointed Gerald Ford as VP in 1974.  (25th Amendment, Section 2)

4.  If Trump lives and wins the election, we all get to endure this for another four years.

5.  If Joe Biden wins the election, and Trump is dead, Pence would be president until noon on January 20, when Biden takes the oath.

As for the rest of the government, they'll manage.  Every Executive Branch agency has a depth chart which specifies who takes over in case of emergency, thanks to Executive Orders issued by President Barack Obama.

If members of the House of Representatives die in office, their states will hold special elections to fill their seats.

If Senators die in office, their state governors will appoint people to fill their seats until they can arrange for a special election.  (17th Amendment)

WHAT DOES MATTER
The United States Constitution says this on the subject of new presidents:
"Before he enter on the Execution of his Office, he shall take the following Oath or Affirmation: —“I do solemnly swear (or affirm) that I will faithfully execute the Office of President of the United States, and will to the best of my Ability, preserve, protect and defend the Constitution of the United States.”
(Article II. Section 1. Clause 8)

So. Trump’s term will end when biden takes the oath, and the office, at noon on January 20, 2021, regardless of what Trump says, does, doesn’t do, tweets, or what kind of tantrum he throws.
We only have one president at a time.
At noon, Trump would no longer be president.

If he refuses to leave the White House, he would be trespassing. The Secret Service will escort him, his staff, and his family from the premises, backed up if necessary, by the US Capitol Police and the US Marshals Service. The army, New York City police, Washington DC police, Department of Justice, and random Rambo militia groups have no role in the matter.
Yes, the Secret Service can evict him.
Title 18 U.S. Code. Section 1752 says:

If any violence, physical force, assault, or injury occurs, imprisonment can be up to ten years.
Donald Trump is a coward.
He won’t do that.
He’ll run away, claiming that he never wanted the job anyway.
We have real stuff to worry about.
This is not it.

On September 14, a federal judge in Philadelphia ruled that Pennsylvania’s limits on the crowd size of public gatherings are unconstitutional.  For the record, they are not, for three reasons.

​So even though the Constitution doesn’t specify that states can issue stay-home and social distancing orders, the Bill of Rights says they can.  And every state legislature has enacted laws giving the governors emergency powers.  You can find all state constitutions at the link below.

So “your right to swing your arm ends where my nose begins”.*

Stay at Home and Social Distancing Orders Are Constitutional. 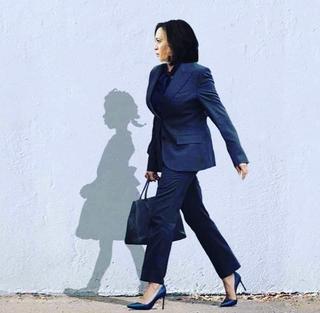