Democrats Are Doing It Wrong
They’ll lose the voting rights and gerrymandering fights unless they get smart.
​August 26, 2021

Democrats struggle to combat Republicans’ relentless attack on Americans’ electoral rights.  But they’re doing it wrong.  And they will lose again and again until they get it right.

In 1787, as the founders finished drafting the United States Constitution, Benjamin Franklin was asked what kind of government they had created.  He replied “A republic, if you can keep it.”  Article IV, Section 4 of that constitution says, “The United States shall guarantee to every State in this Union a Republican Form of Government….”

Encyclopedia Britannica defines “republic” as a “form of government in which a state is ruled by representatives of the citizen body”, as opposed to a democracy in which citizens directly participate in public decisions. However, the US retains democratic principles in that, in addition to voting,  every citizen can participate in public affairs.  We can all attend and speak at public government meetings, hold our own meetings and demonstrations on public issues, and lobby our elected officials for whatever we want.

REPUBLICANS
Republicans constantly gloat that America is not a democracy, but a republic.  Then they trip over themselves to wrest that republican government from the Americans whom they deem as unworthy of that promise.

DEMOCRATS
Meanwhile, Democrats battle relentlessly to protect the founders’ promise of a republic.

As usual, they fight hard, but they don’t fight smart.

THE PROBLEM
The Democrats’ legal strategy focuses on the 14th Amendment’s equal protection clause, which decrees that no state may … deprive any person of life, liberty, or property, without due process of law; nor deny to any person within its jurisdiction the equal protection of the laws.

I told them so in 2018, before they argued their case before the US Supreme Court.

I was right.  They lost.

The courts have repeatedly, and rightly,  struck down that argument.  And they did, for the same reason that the voting rights folks will lose.  They're all using the wrong constitutional argument.  The equal protection clause does not apply.
Democrats always get it wrong because they’re so busy fighting that they don’t pay attention.

Republicans’ voting constraints and gerrymandering stunts deprive Americans of their constitutional guarantee of a republican form of government.

We won’t get the representatives we want when the voting districts are so strangled that Democratic candidates can’t win in majority-Democratic districts.

We won’t get the representatives we want when we can’t vote at all.

THE SOLUTION
Many advocates demand that the Senate abolish the filibuster.  Wrong again.
They’ll wish for that filibuster the next time they’re in the minority.
The Senate needs to restore the pre-1975 filibuster rules, but we do still need it.
It prevents malicious rule by an unchecked majority.
And no, it was not created to preserve Jim Crow.

Democrats won’t use the republican government clause  because they don’t know it exists.

They don’t know it exists because our schools deliberately teach civics wrong.

The last thing any Republican wants is an educated electorate.  Or workforce.

And the Dems are too lazy to READ the Constitution because our schools don’t encourage that either.
The rule is already ours.  We have a right to a republic.  We just have to speak up.

Just imagine what this country could be if we had decent schools. 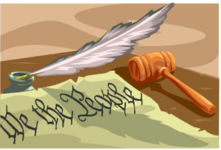