Donald Trump Threatens to Shutdown the Government (Again)
What happens when he tries to take his toys and go home
Revised August 1, 2018

Okay.  Here's the deal about government shutdowns.
Donald Trump has declared that unless Congress pays for his border wall, HE will take his toys and go home.

HE will shutdown the government.
That has never happened before.
But then, all of our other presidents have been grownups.

Congressional failure to adopt a budget caused all of the other government shutdowns.
If you're interested,  here's a list.
And there’s a procedure to be followed.

That’s not the problem this time.

Article II of the U.S. Constitution says “The executive Power shall be vested in a President of the United States of America.”  That means that the Executive Branch of our government executes the laws enacted by the Legislative Branch, which is Congress (Article I).

The Constitution doesn't mention the possibility of a president refusing to do his job.
I guess it didn't occur to our founders that a three-year-old would be in charge of the Executive Branch of the United States Government.

As the chief executive of all government agencies, I suppose he could order all agency employees not to open for business one day, until further notice.
That would be all agencies operated under the Executive Branch of the United States Government:

In the past, the government has only shut down when Congress failed to provide the money for it.  Presidents don't spend money.  Trump thinks he can govern by Executive Order alone.
Therefore, if Trump orders the employees not to do those jobs, he would be violating those laws.

That brings in the third branch of government, the Judicial Branch (Article III).
It's their job to settle disputes.  Trump would land in federal court before news outlets could even get their stories written.
Given our experience with his travel ban executive orders, I bet the courts wouldn't tolerate this stunt either.

It will be interesting to see what happens if he throws a tantrum and issues an EO instructing all executive branch employees to stay home from work.

Will employees obey such an order?
If they do obey, will they be paid?
What happens if they don't obey, and show up for work anyway?
What about essential services like law enforcement, border patrol, and building management?
I don't have answers to those questions.  No one does, yet.

There is no precedent for it.  Those agencies exist and operate because Congress enacted laws requiring them to do so.  Trump has no authority over Congress or the Courts (the Legislative and Executive branches), so those offices would presumably remain open.

If Trump’s shutdown lasts for more than a day or two, they would probably follow the procedures used in the 1995, 1996, and 2013 fiscal shutdowns.  You can find that info in the links below.

Trump just likes the thought of having such power.
He still doesn't understand that he really doesn't have it.
I bet that John Kelly will wave some shiny trinket and Trump will forget all about it.

This is what happens when our schools refuse to teach civics and government properly.
Who says the Constitution is outdated? 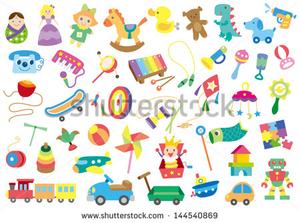