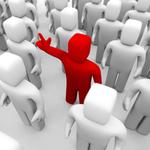 Every once in a while, a public figure’s head explodes and some form of bigotry – racist, sexist, classist, nationalist, religiophobic, homophobic, xenophobic, or whatever – spews forth.  Then some people object. Then other people object to the first bunch. Then millions of Americans whip themselves into a colossal panic, whining about their “First Amendment Rights”.
And they’re wrong.

The First Amendment
This is the First Amendment to the United States Constitution, effective December 15, 1791:
Congress shall make no law respecting an establishment of religion, or prohibiting the free

exercise thereof; or abridging the freedom of speech, or of the press, or the right of the

people peaceably to assemble, and to petition the Government for a redress of grievances.

See. It says Congress shall make no law.  The Fourteenth Amendment extended that to the states. That means that the government can’t tell you what to say, or what not to say. It does NOT mean that I can’t disagree with you.

Over the years, the Supreme Court has held that messages on T-shirts, bumper stickers, yard signs, and the like constitute free speech.  The Court also held that, in politics, money is speech.  That’s what the Citizens United case was about.

The Court did not say “corporations are people”.

Restrictions on our speech
Free speech is probably our most misunderstood right. We do not have the absolute right to say whatever we want, whenever we want, to whomever we want, on any topic. We can’t libel or slander someone, incite a riot, risk a catastrophe (shouting "fire" in a crowded theatre), or disclose classified national security information. We can’t trespass on private property to share those opinions. These are all legitimate and necessary restrictions.

Since the 1960s, public schools have been enveloped in a free speech tug-of-war.  Courts have held that public schools, including universities, are agents of the government and thus may not restrict student speech.  But they keep trying.

Protecting free speech
Since 1920, the American Civil Liberties Union has guarded our Bill of Rights.  That’s all they do.  They do not take routine civil or criminal cases.

They defend the free speech of writers, artists, musicians, conscientious objectors, war protestors, demonstrators, boycotters, students, teachers, business owners, whistleblowers, and you, regardless of the content of that speech.  They do it “… because the defense of freedom of speech is most necessary when the message is one most people find repulsive. Constitutional rights must apply to even the most unpopular groups if they’re going to be preserved for everyone.”

If the government tries to control your speech, call the ACLU.

Why we need to know this
Most Americans don’t know this stuff, because our schools don’t teach it. And that is by design.
The last thing any Republican wants is an educated public.  Or electorate.

This is important because political ignorance breeds political impotence.
When you know how your government works, you have the power to control it.

READ THE CONSTITUTION, folks. It only takes an hour.  You’re not qualified to discuss it until you do.