"When somebody's the president of the United States, the authority is total," he said.

Actually, no, we have rules about that.

A group of men who had just fought a war to rid themselves of a tyrant king surely wouldn’t create another one.

If that was true, then we wouldn’t need Congress and the courts, or the rest of the Constitution.

Nevertheless, his fans fall for it – over and over again.
The great American media usually disputes his claims, but not quickly or strongly enough.

Article II only contains 1,040 words.  They’re very powerful words, but most Americans, including the current occupant of the Oval Office and much of the media, don’t bother to read them.

Unless otherwise noted, all of the following arise directly from Article II.

WHAT THE PRESIDENT MUST DO

5.  Hire, or direct the hiring, of all Executive and Judicial Branch employees with decision-making power.

7.  Serve as the nation’s chief executive and commander in chief of the armed forces.

8.  Appoint certain Executive and Judicial Branch officials, but the Senate must confirm all appointments.

9.  Occasionally notify Congress of the state of the union and recommend legislation to them.

10. Nominate a new vice president, to be confirmed by Congress, when that office is vacant.2

11. Relinquish the office of president when determined to be unable to perform its duties, as provided in the 25th Amendment.

WHAT THE PRESIDENT CAN DO
1.  Negotiate treaties with other nations, but the Senate must ratify all treaties.

2.  Temporarily fill vacancies in offices during Senate recesses.
3.  Recall Congress from recess “on extraordinary occasions”.
4.  Adjourn Congress when the two chambers disagree on adjournment dates.
5.  Request the written opinions of cabinet officials on matters relating to their departments.
6.  Grant reprieves and pardons for all federal offenses, except in cases of impeachment.
7.  Issue Executive Orders directing the activities of agencies in the Executive Branch of the federal government, within the           bounds of existing law.
8.  Hold public press briefings.  While it’s traditional, expected, and encouraged, it is not required.

WHAT THE PRESIDENT CAN’T DO
1.  Remain in office indefinitely.

4.  Introduce, approve, or veto any constitutional amendments.6
5.  Hire or fire any member of Congress.7

6.  Control anything that happens in Congress.

7.  Control anything that happens in state or local governments, unless specifically
stated in the Constitution.9
8.  Receive any emoluments – such as money, valuables, or other benefits – from
the United States or from any individual state.

You know, we could save ourselves a lot of time and trouble if we would demand
​that our schools teach civics properly.
Most of the stuff they teach is wrong, when they bother to teach it at all.

FOR MORE INFORMATION
Read the Constitution
Community Matters:  The Presidency
TPM:  Trump Claims Article 2 Gives Him ‘The Right To Do Whatever I Want As President’
NPR:  FACT CHECK: Trump Doesn't Have The Authority To Order States To 'Reopen'
​Defective Teaching Methods Produce American Political Ignorance

FOOTNOTES
All from the US Constitution: 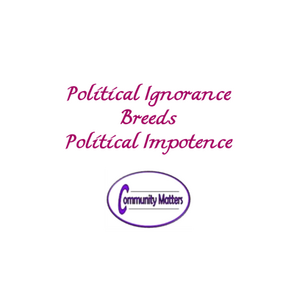