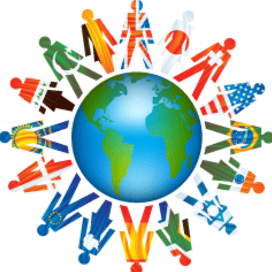 ​​​No Amount of Money Can End Famine
The World Food Programme is wrong and Elon Musk has a point.
November 16, 2021

In early October,  the United Nations’ World Food Programme announced that 45 million people are on the brink of famine and death, but that the WFP can avert that tragedy with $6.8 billion.

Shortly afterward, entrepreneur Elon Musk said that he would give the money to the WFP if they can explain to him exactly how it will accomplish that goal.  Musk is often eccentric and odd, but in this case, he’s right.

Musk hasn’t given the money yet, and he won’t.  If it was that easy to end famine, it would have been done already.  The WFP plans to give one meal per day, for one year, for each of the 45 million people in famine.  That’s a whopping $151.11 apiece, not counting administrative expenses.  But all of the social and economic conditions that led to that famine still exist.  So what do you do next?  What happens to those people when that money is gone?  And what happens to the millions of people who will follow them?  I don’t know why the WFP leaders don’t know this.​

BACKGROUND
According to its website, “The World Food Programme (WFP) is the leading humanitarian organization saving lives and changing lives, delivering food assistance in emergencies and working with communities to improve nutrition and build resilience.”  The WFP won the Nobel Peace Prize in 2020.

The United Nations Food and Agriculture Organization is, according to its site, “ … a specialized agency of the United Nations that leads international efforts to defeat hunger.  Our goal is to achieve food security for all and make sure that people have regular access to enough high-quality food to lead active, healthy lives. With over 194 member states, FAO works in over 130 countries worldwide. We believe that everyone can play a part in ending hunger.”

So the WFP responds to emergencies and the FAO works to solve long-term problems.  That’s great.   When people are starving, they need food now.  They can’t wait for nations to debate,  plan, fund, and enact long-term solutions.  But every person who packs grocery bags for hungry families will tell you that we can’t end hunger with bags of food.  Short-term problems stretch into long-term, long-term problems become emergencies, and emergencies drag on to become lifelong quandaries.

On October 26, the US Senate confirmed Cindy McCain as the US ambassador to the UN food and agriculture organizations.  McCain has spent most of her adult life engaged in various charitable and humanitarian projects.  At this writing, she has not specifically commented on the WFP/Musk issue.

DEFINITIONS AND CAUSES
I spent many years as a volunteer, staff, manager, board member, board president, consultant, and lobbyist for domestic anti-hunger agencies.  While I didn’t work for world hunger groups, the issues are related.

According to World Hunger:  Ten Myths, the world produces much more than enough food to feed everyone, but that food is not distributed equitably.  In many countries, the wealthy land and business owners commandeer their nations’ resources to grow cash crops to generate their own wealth, like coffee, sugar, or chocolate.  Meanwhile, they refuse to produce the variety of crops that sustain human life.  They leave the workers who produce the cash crops in the dust.  Literally.

Famine occurs when large populations experience relentless hunger for an extended time, with no relief in sight.  It’s usually connected to large systemic problems such as war or global weather conditions.  The WFP estimates that 45 million people in the world suffer from famine.  Most of them are refugees.

Hunger is more than just being ready for dinner.  It’s the constant absence of enough nutrients to sustain the human body properly.   It can last for a few days at a time, or for years.  According to the World Hunger Education Service, 821 million people are hungry worldwide, primarily because of wars and political conflicts.  Like homelessness, hunger is not static; the numbers constantly fluctuate according to circumstances.  Chronic hunger takes more lives than famine.

Food insecurity occurs when people constantly teeter on the brink of hunger.  Sometimes, they can buy enough food for their families.  Sometimes they can’t.  Work, and therefore income, is often sporadic and unreliable.  This occurs notably in the United States among families on government food assistance programs.  The benefits vanish before the month does.

And no.  It’s not that “those people” are lazy, or don’t know how to shop properly, or to budget their money.  Political and economic circumstances align against them.  There isn’t enough to get through the month.  Minimum wage jobs without health and child care, workplace health and safety measures, and respect for the workers do not support families.  When  the conditions that created hunger and food insecurity persist, the people on the brink fall into famine.

Corrupt officials often steal the food and other relief supplies before they get to the public.  That’s why Roberto Clemente personally attempted to accompany his planeload of supplies to the Nicaraguan earthquake victims in 1972.  He wanted to ensure that the people got what they needed.  He never made it because his plane crashed in the Atlantic Ocean shortly after takeoff.

Anti-hunger efforts have existed throughout human history.  For millennia, people cared for the poor in their own communities through private or religious efforts.  England’s Elizabethan Poor Law of 1601 was the world’s first attempt to give some of that responsibility to government.  That led to the storied British workhouses, whose faults and atrocities are chronicled in literature.

There is more than enough food to feed everyone.

Lack of food does not cause hunger.

According to InterAction, the top causes of poverty are:

Government assumptions, attitudes, and policies control or influence all of those factors.

Capitalism is an economic system based on entirely private ownership of all property and all productive facilities – factories, farms, and service entities. It demands a laissez-faire approach from government, meaning that government is not involved in any way with the production, sale, consumption, or use of any products or services. The company is always right. The company always has all of the power.  And labor – the employees who actually do the work that produces the wealth – is a commodity to be bought and sold, and treated like livestock.

This isn’t the place for an extensive course on macroeconomics, but unrestrained greed and capitalism guarantee that chronic hunger will always blossom into famine.  Current economic policies have created or exacerbated low wages, poor working conditions, climate change, crime, and inadequate social infrastructure (such as child care, health care, education, and social services).  New behaviors and policies can change the status quo.

SOLUTIONS
I live in Pittsburgh, and was deeply involved in local and national anti-hunger efforts during the US steel industry collapse – and subsequent structural and associated unemployment - in the 1980s.

I worked for an organization called Hunger Action Coalition.

In 1983 local KDKA TV station, in a somewhat-humanitarian and otherwise self-serving project, created a thing they called “KD’S Navy”.   They floated a barge along our three rivers,  collecting food donations from the public “for the needy.”  They donated that food to the Pittsburgh Community Food Bank, which promptly dispersed it to smaller neighborhood food pantries, soup kitchens, etc. for public distribution.

A KDKA news reporter called us about a month later asking why Hunger Action Coalition still existed, since they had collected “all of that food” and ended hunger.  Yes, really.  They wanted to know what “those people” did with the food.  We told them, “They ate it.  And they still don’t have jobs.”

And that is exactly why Elon Musk’s money won’t end world hunger.

If we truly want to end hunger, we must end the economic and social policies which create and enable poverty.  We must establish social, political, and economic justice.  Eradicating blatant greed would go a long way to realizing that goal.