“Right to Work” laws have made slow but steady progress – in the wrong direction – during the past decade.  They do not protect your job. The term “right to work” is a marketing hoax.  The laws are designed to destroy unions, divide and conquer the workforce, cut wages and benefits, reduce health and safety requirements, and damage working families.  Unions call them “right to work for less”.  We need to call them Mandatory Hardship Laws.

History
The 1935 National Labor Relations Act established workers’ rights to join unions and required employers to bargain with those unions for wages, benefits, and working conditions.  It requires labor unions to represent and bargain for all employees at their workplaces, whether they belong to the union or not.

The 1947 Labor Management Relations Act (known as Taft-Hartley) rescinded some of the labor protections included in the NLRA and expanded management’s power.  It prohibits “closed” workplaces, which require employers to hire only employees who already belong to the applicable union.  It still permits union shops, in which employees must join the union within 30 days after being hired.  It also allows states to enact “right to work” laws.

In union shop workplaces, the unions must represent all workers in their collective bargaining, but can’t charge union dues to nonmembers.  It does permit them to collect an “agency fee” to nonmembers, but the fee can’t be more than the actual expenses incurred in the bargaining process.

Definition
“Right to Work” laws allow states to decide whether workers can be required to join a labor union to get or keep a job.  When a union exists at a workplace, the NLRA still requires that union to bargain for both union and nonunion employees.  But “right to work” laws prohibit union shops and prohibit unions from charging agency fees in those workplaces.  So the nonunion employees profit from the union contracts – pay, benefits, work rules and protections, grievance process, etc. – without having to pay for that representation.  So the champions of “personal responsibility” enable workers to exploit their colleagues.

Marketing
Three organizations (American Legislative Exchange Council, U.S. Chamber of Commerce, and the National Right to Work Committee) and several major corporations advocate “right to work” laws.  They’re making unions look like the bad guys.  The laws are all designed around a single model, developed by ALEC, and always use the terms “right to work” or “workplace freedom” or some such nonsense.

They claim that unions force all workers, including nonmembers, to pay union dues.  That’s a lie.  The NLRA requires unions to bargain for all workers, and can charge nonmembers only for that part of their services.

They claim that unions force members to contribute to political action committees even if they don’t approve of the PACs’ candidates.  Another lie.  Union dues pay for union business.  Taft-Hartley prohibits unions from requiring political contributions.

They’re winning right now because the unions aren’t fighting back hard enough.
The unions need to do their own marketing by educating their members and the public.
Fat chance of that.

Status
Republicans are tripping over themselves to destroy unions, working families, and all worker protections.  Naturally, Congress is doing nothing, so the biggest and most important battles are taking place in state legislatures.  To date, 26 states have adopted mandatory hardship laws.  They are:

The Illinois, Maine, and Missouri legislatures have rejected right to work bills.
RTW advocates keep pushing.  Your state may be next.

Conflict and resentment arise among the workforce when only some workers pay for the benefits that all receive.

And that’s just how the Republicans like it – divide and conquer.

If you don’t belong to a union, join Working America to fight for all working families.

The only way to fight mandatory hardship laws is by lobbying.

Lobbying is not what the politicians and media tell you it is.  "Giving buckets of money to legislators" is not lobbying.

Lobbying is the act of trying to convince elected officials to support or oppose legislation and policies that you care about.

Every legislative victory is the direct result of lobbying.

Nothing moves in government unless someone pushes it.

Legislators listen to corporate lobbyists because they are the only ones doing the talking.

If you want your representatives to listen to you, then start talking to them.
If the 99% would do more lobbying, the 1% would have less power.
Lobbying is more important than voting.

Everyone can do it.
And it doesn't cost a dime.

For more information:
AFL-CIO:  Right to Work
History of Unions and Right to Work Laws
National Conference of State Legislatures
Right to Work is Wrong for Everyone
Working America
Labor Unions:  Myths and Facts
The Ten Biggest Lies in America
Learn How to Lobby 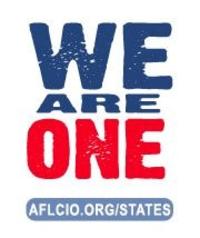