Secession, the U.S. Constitution, and the Consequences
It’s Not What You Think
April 26, 2017

In 2012, residents of at least 40 states filed “We the People” petitions with the Obama White House requesting presidential permission to secede from the United States.  They failed because the president has no authority to permit or deny secession.  Well, that specter has risen again, this time in California.

On February 2, 2017, Yes California, a political action committee created by Louis J. Marinelli and Marcus Ruiz Evans, received permission from the California Secretary of State to collect petition signatures for a 2018 ballot initiative for California to secede from the United States.  They need 585,407 valid signatures from registered California voters by July 25, 2017.  According to their website, they’ve collected about 19,000 signatures so far.  That’s about three percent – with 110 days to go.

But they do have a cool hashtag:  #Calexit.
So.  What happens now?

THE CONSTITUTION
Most Americans believe that the U.S. Constitution prohibits secession.

constitutional amendment.  It does not, but it is possible to secede.  Most believe that

states to the Union.  It does not contain a single word about secession.  However, the Tenth

Amendment says:
“The powers not delegated to the United States by the Constitution, nor prohibited by it to the States, are reserved to the States respectively, or to the people.”

That means that the states can do whatever they want, unless the Constitution prohibits it.
The Constitution does not prohibit secession.  Therefore, secession is legal.

THE CIVIL WAR
The Civil War did not settle the matter.  The union and confederate states were deadlocked until South Carolina troops fired on the federal Fort Sumter in Charleston Harbor in 1861.  That’s when the war started.  Otherwise, the political and economic situation may have been resolved without a war.

THE SUPREME COURT
In 1869, the Supreme Court did declare secession unconstitutional in a Texas case.  However, the court based its reasoning on trivial arguments and the discarded Articles of Confederation instead of on Constitutional principles.  A good lawyer could persuade a modern court to consider the issue again and to view it differently.  The Supreme Court has reversed itself on various issues several times in the past.

CONGRESS
Congress has never dealt with the secession issue.  Therefore, even though it may be legal, we have never established a procedure to manage it, even if we are willing to agree to it.

One reasonable scenario would require state governments to seek official secession, since the states agreed to join the Union and accept the Constitution in the first place.  That could be done through the legislature or by voters through a ballot referendum. Then Congress would have to decide whether to accept the secession.  If they don’t, I guess everyone would hang around and wait for someone to start shooting.  And, sooner or later, someone would, since the gun goons believe that the Constitution gives them that right.

TREASON
A handful of minor websites and blogs claim that #Calexit is treason.  No.  It is not.

They can’t be bothered to read the first amendment.  Signing a petition is not treason.  It is free speech protected by the First Amendment.  The Constitution defines treason:

“Treason against the United States, shall consist only in levying War against them, or in adhering to their Enemies, giving them Aid and Comfort. No Person shall be convicted of Treason unless on the Testimony of two Witnesses to the same overt Act, or on Confession in open Court.”

WHAT IF …?
While Yes California presents some plausible arguments for secession, they ignore what will happen the next day.  California is said to hold the sixth largest economy in the world, but they still get plenty of money and services from the federal government.

If Congress did agree to a peaceful secession, it would open a whole new can of worms.  What would happen to all of the federal property in California, and other states that may follow?

The national parks, monuments, historic sites, federal buildings, post offices, military installations, prisons, veterans hospitals, and other property comprises millions of acres of prime real estate, as well as buildings and furnishings.  Do you think the federal government would just let that property go? Shouldn’t the states have to pay the U.S. government for it?  Where would they get that much money?

The states would have to create their own post offices, currencies, passports, regulatory agencies, international relations and defense frameworks, public benefits, transportation, infrastructure, and other systems.  How long would you be willing to wait for your state legislature to sort all of that out?

CURRENT STATUS
Meanwhile, Yes California President Louis Marinelli has dropped his efforts to lead the secession and announced plans to live in Russia “for the foreseeable future”.  I found no word on whether the organization will proceed without him.  They’re probably still trying to figure that out.

Don’t worry, folks. We won’t have to solve any of these problems because this will never happen.  California grownups will prevail. 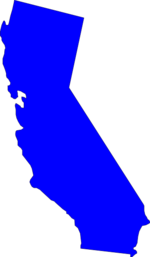