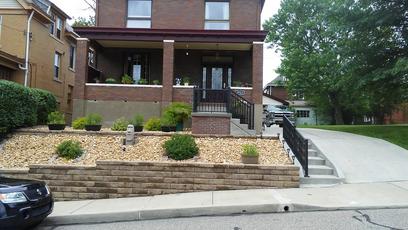 Stay-at-Home and Social Distancing Orders ARE Constitutional
Americans need to learn what our schools refuse to teach.
​May 15, 2020

For the last few weeks, astro-turfed organizations have been staging rallies demanding the end of that all stay-home and social distancing orders.  The protestors are white “patriots” – with guns.  Since they’re probably not planning to shoot the virus, their real purpose is to threaten and intimidate the rest of us.

Apparently, coronavirus is no longer a threat, because we’re bored with it.

These folks declare that government can’t do anything unless it is specified in the Constitution.
That’s true, but none of them ever bother to READ the document that they claim to revere just eversomuch.

You have to read all of the words.   They’re connected.

Gee.  I wonder what would happen if scores of black men showed up brandishing weapons at state capitols, town halls, and downtown streets all over America.  But I digress.

So “your right to swing your arm ends where my nose begins”.*

normal civil functions or suspension of civil law by a

government, especially in response to a temporary

emergency where civil forces are overwhelmed, or in an

Some protestors, and other folks, have questioned whether

we might be headed for martial law.  I doubt it.

Congress has the power to … provide for calling forth the Militia to execute the Laws of the Union, suppress

So martial law can be imposed in the event of civil violence.

Normally, the government must produce an incarcerated person to a judge and explain why s/he’s under arrest.  The court then decides whether the person is free to leave or will stand trial.  A writ of habeas corpus is a court order to “produce the body”.  During rebellions and invasions, the Constitution allows Congress to suspend the privilege of the writ of habeas corpus. (Article I.  Section 9.  Clause 2)  That means that they can arrest you and throw you in jail,  without charges, indefinitely.

This tool can come in handy under martial law.

WHAT THIS IS REALLY ABOUT

We’ve all been stuck inside for about two months.  We are not oppressed.

Last week, a woman approached me in the grocery store, whining about how hard “all this stuff” is.
Me:   “Yes, but it could be worse.”
Her:  “Who has it worse than me?”
Me:  “Anne Frank lived in a small attic with six other people for two years, until the Gestapo dragged her to Bergen-Belsen, where she died of typhus.  Thousands of children have been in cages in this country for more than a year.  We can't count the number of homeless people, with millions more soon to be homeless.  Plenty of people have it worse than you.”
She walked away mumbling to herself.

I’m not happy about this stuff either.  I wish I could do other things.  We’re all stuck in boats.

Some boats are better than others.  I’ll take mine.

Pay attention to the open-up protestors.  They’re not demanding that they be allowed to work.  They’re demanding that our lowest-paid neighbors – their restaurant servers, hair stylists, personal trainers, bartenders, and babysitters– go back to work. If the workers refuse, they'll lose their unemployment benefits.  And their children will go hungry.   The whiners demand that the servants risk their own lives, and their children’s lives, to make the whiners’ lives comfortable.

Then they call themselves “pro-life”.

*  According to QuoteInvestigator.com, this quote, in slightly different forms, has been attributed to several different people,        as long ago as 1887.