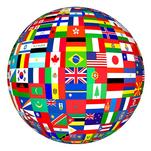 That Time I Walked Into a Secret Service Sniper’s Nest

In September 2009, Pittsburgh hosted the conference of the G-20 group of government leaders at the David L. Lawrence Convention Center.  I was, and still am, writing Community Matters, a column in which I use current events and the Constitution to teach civics and government.  I don’t report the news; I explain it.  This episode didn’t make the news.

While poking around online for research, I found the G-20 website.  It had a lot of useful

information and one interesting link.  Anyone who wanted press credentials to cover the

G20 could apply right there, simply by inserting an email address.  So I did.

PREPARATION
About a week later, I got an email from the US State Department asking for details – full name, address, phone number, birth date, social security number, employer, and a photo.  I supplied all of that info.  For “employer”, I just wrote “freelance”.

About a month later, I got an email inviting me to attend a briefing and orientation for the media at the convention center, where all journalists could pick up our press passes. I attended that, along with a few hundred journalists and support staff from dozens of electronic and print media outlets.  Yes, all of the big ones were there.

After a lecture about protocol, security procedures, schedule, etc., the hosts conducted a tour of the building.  It ended with a trip to the roof where, we were told, we could set up our satellite dishes and whatever.  They said that all equipment had to pass a security screening and must be set up by early in the morning before the first day of the conference.  Not having any satellite gear, I didn’t pay much attention.

SHOWING UP
On the big day, security required us to go to the Civic Arena parking lot, about three miles away from the convention center.  There, we and our baggage were screened through security, loaded onto buses, and shipped to the center.  Once there, we were free to leave at any time into downtown Pittsburgh.  If we wanted to go back into the convention center, we had to return to the Civic Arena and go through the security process again.  That was fun.

The world press reported on activities, and about a thousand protesters, many of whom are my friends, marched outside.  Meanwhile, it was utterly boring inside.  There was nothing to see or do except to hang out with each other and wait for the daily briefing at about 4:00 PM.  I met some good reporters from around the world – Spain, France, the Netherlands, China, Ireland, Youngstown, etc. – and had some great conversations.  A group of women reporters from Saudi Arabia (yes, really) said they were pleasantly surprised at how beautiful Pittsburgh is, and were impressed by the “mountains”.  I told them that these were only hills, and that they should really see the Rockies.

One of the women said that the men in her family insisted that she return home with gifts of Pittsburgh Steeler paraphernalia for them, and asked where she might find some.  I told her there are many small shops in the Strip District selling such stuff.  She looked horrified at the title “Strip” district, until I explained that it was a strip of land, and not a neighborhood full of strip clubs.

SURPRISE!
Eventually, I got bored sitting around, and decided to get pictures of the city with barricaded, empty streets and made my way to the roof.  I walked through the access door, up several steps, and landed outdoors in the air above the city.

As I strolled around, there were a whole bunch of men in black uniforms walking about and many black equipment bags lying on the ground.  It didn’t dawn on me until a uniformed man with sergeant stripes said “Ma’am, you can’t be up here.”  Then I looked around.  The men were uniformed US Secret Service agents, and the bags were for their rifles.  The scope lenses on those guns were so big, you could have watched TV on them.  They could have shot someone on McKnight Road.

That’s when I realized.  I was smack in the middle of a Secret Service sniper’s nest, protecting about a hundred world leaders and their entourages.  When I told the sergeant that I just wanted to get pictures of the city, he said “You’re not taking pictures of anything.  You need to leave now.  How did you get up here anyway?”  I told him that I had just walked through the door and up the steps.  There was no sign, barricade, or guard at the door to stop me.  He looked angry, and told me again to leave.  So I did.

I walked past the doorway later, out of curiosity, and there was a guard posted.

My brother said later that I was lucky they didn’t see me as a  threat.

I'd have been face down on the ground before I knew what hit me.

So, that’s it.  I never did get those pictures.

Look here to read my six articles on the G-20.