America will conduct its 24th census on April 1.  Americans have mixed feelings about that, but participating does benefit you.  If you aren't counted, you won't count.

LEGALITIES
The US Constitution requires the government to conduct a census every ten years to determine the number of members needed in the House of Representatives and to distribute those seats among the states.  (Article I. Section 2. Clause 3)

It does not limit that as the only use for census data.  It does not prohibit the government from asking other questions.  In fact, the constitution’s Elastic Clause gives Congress the power to ask those other questions.  See the link below for more information about that.

After some strong political debate, Congress decided not to include a citizenship question this year.

HISTORY
In the beginning, the Secretary of State conducted the census through the US Marshals Service.

So Thomas Jefferson directed the first census in 1790.

It was a temporary agency, opened during census years, because its only purpose was to count people.

The questions gradually increased in detail – breaking down the data by gender, age, location, etc. – through the years.  Congress sporadically added smaller, interim censuses to look at specific characteristics such as housing, manufacturing, etc.  The 1870 census was the first that didn’t distinguish between free and slave inhabitants, since the 13th amendment abolished slavery in 1865.

HOW IT WORKS
The census counts every person living in the 50 states, District of Columbia, and five US territories (Puerto Rico, American Samoa, the Commonwealth of the Northern Mariana Islands, Guam, and the U.S. Virgin Islands), regardless of legal status.  You’ll receive your census invitation in the mail by the end of March.  Then you go online to complete the actual census form.  If you can’t do it online, they’ll send you  a paper form by mail and you can complete and return it.  Your answers apply to your household as of April 1, 2020.  Specific instructions are on the census forms.

There are only twelve questions.
There’s a phone number on the invitation if you have questions or problems.

homeless populations, and other hard-to-reach residents.

The Census 2020 website contains detailed information about every aspect.  You can find

PRIVACY AND SECURITY
Privacy is always an issue in census years. Some people object to the detailed questions, claiming that they’re too personal and intrusive.   Federal law requires that any census employee who discloses personal information be subject to a fine of up to $250,000 or imprisonment of up to 5 years, or both.

You won’t find any personal information about anyone on any official results after 1940.  Identifiable census results are public 72 years after they are collected.  At that point, it is usually used for genealogical and other historical purposes.   And you can find it at the link below.

As always, beware of false information, rumors, and scams.  No census employee will ask for your Social Security number, or for money, bank and credit card information, or anything about any political party.
If a census-taker comes to your home, ask for identification before giving any information.

You can check rumors and report problems at the Census 2020 website.

WHY IT MATTERS
The census doesn’t just show how many people we have, but where we all are and how we’re doing.

The results affect your community every day.   The government has two uses for census data –

political representation and allocation of funding.

Census data are used to draw the boundary lines for Congressional districts, as well as state and local legislative and voting districts, and for zip codes.  After completion next year, the Census Bureau will determine whether each state gains or loses House seats.  Then, state redistricting commissions will redraw the boundaries within their states accordingly.  Many people living at the edges of those boundaries will be assigned to new districts for various government purposes.

This is where gerrymandering happens.  There's more about that in the link below.

Its purpose is to count everyone in the country, including the poor, the homeless, and those here illegally.  It’s always been difficult to reach them, but we certainly can’t develop rational public policies without that information.

The race question is important to many people.  The Census website says

Responses to census questions provide a snapshot of the nation.

We ask about a person’s race to create statistics about race and to present other statistics by race groups.

In 2010, for example, the statistics illustrated the nation’s changing racial diversity, as well as the size, growth, and geographic distribution of various racial population groups.

In addition, the data collected in these questions is needed by federal agencies to monitor compliance with the anti-discrimination provisions of laws such as the Voting Rights Act and the Civil Rights Act.

If you refuse to answer questions, or if you lie, you can be fined up to $500.

AMERICAN COMMUNITY SURVEY
The Census Bureau also conducts the American Community Survey, which  is separate from the regular Census.  The ACS doesn’t count or contact every person.  It contacts a sample of households and asks many more, and more detailed, questions.  It asks about income, education, housing conditions, occupation and employment status, and more.  Go the link below for more information.

If you receive and ACS form, you must complete and return it, just the same as the regular census.

It only takes a few minutes to complete the census form, but it affects your life every day.
We need accurate information for that.

It’s worth your time. 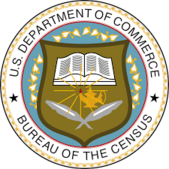