The Postal Service Is Not a GOP Target
Congressional Republicans Just Want You to Think It Is.
November 19, 2018

Unlike most Americans, many members of Congress have actually read the United States Constitution.

They know what it would take to abolish the postal service and they do not intend to do it.

HISTORY
The U.S. Postal Service does not absorb any tax dollars.  It funds itself on the revenue that it collects for its services.  While the USPS is technically a semi-separate entity, postal workers are federal employees with all of the same rules and benefits.

In 2006, Congress required the postal service to pre-fund all of its pension and health insurance liabilities for the following 75 years, and to do it within ten years.  Naturally, that put an enormous strain on postal finances.

THE SCAM
While raising prices and constant threats to curtail more services are real, the threat to abolish the postal service is a scam.  Article I, Section 8, Clause 7 of the Constitution requires Congress “To establish Post Offices and post Roads”.  Thus, closing or privatizing the USPS would require a constitutional amendment.  It would take about a billion dollars and ten years of serious community organizing to amend the Constitution.  Despite a lot of hooting and hollering and speechifying, no one has ever proposed an amendment to do that.

Therefore, the speechifying is  another diversionary tactic meant to distract us from their real agenda:  abolishing the American middle class.

They know how important the postal service is to us, both as a service provider and an employer.  So they try to scare us into believing that it will disappear.  They use divide, overwhelm, and conquer tactics to set us against each other or to bulldoze us into wasting time on many other issues that either don’t exist or they couldn’t care less about:

We like, share, comment, and tweet incessantly and obsessively.  We post graphs, lists, and pictures of people holding signs.  We attend public forums, meetings, and rallies.  We argue with our friends and relatives.  While we’re running around like a bunch of headless chickens dealing with this stuff, they’re busy dismantling the things that created and sustain the middle class:

And life and death issues:

WHAT TO DO
Unless and until there is a constitutional amendment proposal on the books, we need to stop wasting time and energy fighting them over the post office.  Wake up, folks.  Don’t fall for it.  Spend your time on the issues that matter.

Contact your local media and your legislators.
Tell them what YOU care about.
Tell them how YOU want them to spend their time.
We Are One. 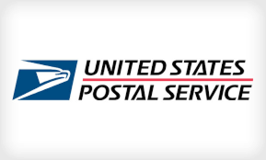