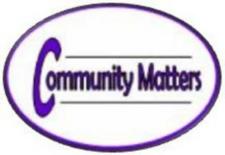 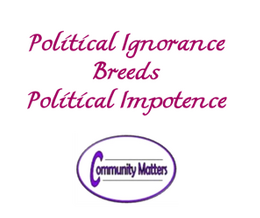 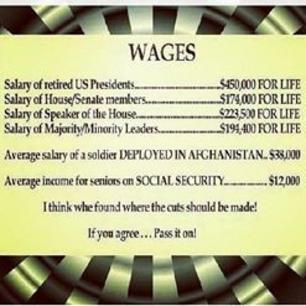 People fall for this stuff because we allow our schools to teach civics wrong.

They do that because they don’t want you to know how to control your government.
​

The President and Congress Do Not Get Salary For Life
Please stop spreading these lies.
​​October 21, 2019

Look at this picture.  It, and others like it, have been disrupting political

dialogue since the 2008 election.  They’re favorite tools of the Russian

bots.  They appear on social media every day.
They are lies.

SALARIES AND PENSIONS
No elected official gets any salary “for life”.

Not all former members of Congress get pensions.

But for those who do, of course they’re lifetime.

All pensions are “for life”, including yours.
That’s what the word means.

The President
The president’s annual salary has been $400,000, not $450,000, since 2001.
While the first family lives in the White House rent-free, they pay for all of their food, clothing, toiletries, dry cleaning, school tuition, and other personal expenses.  Tax dollars do not pay for any of it.  The First Lady does not get a salary or a pension.  No, President Obama’s mother-in-law, Marian Robinson, does not get any salary or pension either.

The Former Presidents Act of 1958 sets the president’s pension at the same level as the annual salary of Cabinet secretaries, currently $210,700.  That’s 52.675 percent of the salary.
So no, former presidents do not get $450,000 per year for life.

Congress
Members of Congress earn their salaries only while in office.  Regular House and Senate members earn $174,000.  The Majority and Minority Leaders earn $194,400.  The Speaker of the House earns $223,500.  Those dollars are not cumulative.  Each member earns only one salary at a time, just like you do.

While the 27th constitutional amendment grants Congress an annual cost-of-living raise indexed to inflation, Congress has voted to forego that raise ten times.  Members of Congress have not had a raise since 2009.

Members of Congress have exactly the same pension plan as all other federal employees.  Yes. VA hospital nurses, national park rangers, your mail carrier, and the janitors at your local federal buildings have the same pension.  And they do all pay into it.  They do not get a pension after serving only one term.  The exact amount varies with length of service and retirement age.

According to "Retirement Benefits for Members of Congress" by the Congressional Research Service:
"Retirement with an immediate, full pension is available to Members aged 60 or older with 10 years of service in Congress, or aged 62 with 5 years of civilian federal service, including service in Congress."  They can get a full pension after 20 years of service, but it is never more than 80% of their final salary.

ARMY PAY
Military pay varies widely depending on rank and time in service.  It’s impossible to evaluate this statement without knowing the exact number of soldiers at each pay grade, in Afghanistan, and then doing the math.  I can’t do that because I don’t have that data.  And neither did the person who wrote this drivel.

According to the US Army, the lowest-rank active duty soldier with the least experience earns $20,170.80 per year.

The highest-ranking officer with the most seniority earns $76,809.60.
The median is $48,490.20, plus combat pay, bonuses, and other compensation.
So no, the average salary of a soldier deployed in Afghanistan is more than $38,000.

SOCIAL SECURITY
According to the Social Security Administration, the average annual social security benefit for 2019 is $17,532.

Social Security benefits are about 33% of the income of the elderly.

So 67 percent of Social Security recipients also receive income from pensions, annuities, investments, and other sources.  So no, the average income for seniors on Social Security is far more than $12,000.

When you see things like this that don’t look right, or that incite fury, just Google them.
It takes five minutes.  Then select a reputable source from the list to read the truth.

Then post a correction to the lies.
Please feel free to distribute this link widely.