The October 22, 2015 edition of the Pittsburgh Tribune Review contained a revolting essay about the U.S. federal income tax system.  Its political and economic ignorance is typically Republican.  Its ideas are so dishonest, prevalent, and dangerous that I can’t let the public believe them.  I simply can’t respond to its author, Jack Markowitz, privately.  I must publish this reply.

Mr. Markowitz:
This is in response to your rant about taxes, When it’s time to vote, remember tax day.
You are indeed entitled to your own opinion.  You are not entitled to your own facts.
If income tax season causes you ghastly pain and suffering, you have a remarkably easy life.

You can read it for yourself here.

So, how can taxation be immoral and dishonest if your own precious document establishes it three times?  Stop lying.

Who Should Pay Taxes?
We can debate whether government should be involved in this or that, or whether a program is necessary or appropriate.  But at its barest minimum, government has expenses: salaries, buildings, furnishings, supplies, infrastructure, equipment, construction, and maintenance.  So government needs money.  How exactly do you propose that our government get money?  Government gets its money from taxes.

You claim that ”They carefully quarantine income tax time as far from election time as the calendar will allow.”  Wrong again.  Federal elections have been held in November and December since 1792 because that was near the time for the Electoral College meeting.

Congress created the Internal Revenue Service with the first income tax in 1862.  Tax returns are due in the early spring because it occurs soon after the end of the previous tax year.  Yeah.  Income taxes arrived eighty years after federal elections.  Stop lying.

Abolishing Income Taxes
Republicans just love consumption, sales, and flat taxes because they hurt the poor the most.  And nothing makes Republicans happier than hurting poor people.  Under our current system, the poorest Americans pay little or no federal income tax.  Yet, because of other cruel and stingy Republican economic and social policies, those same people can barely survive without some type of aid from social service programs.  Then you cut and cut and cut and cut and cut those programs, just to punish the poor for being poor.

If you take four, five, ten, or twenty percent of their paltry incomes, you leave people with nothing to live on.  People will literally starve to death in American streets.  And that will make you happy, because that’s what you want.

While you call yourselves “christian”.

You are correct that the U.S. has the highest statutory corporate tax rate highest in world, at 35 percent.  However, after countless deductions and credits, the actual corporate rate was only 27.1 percent in 2013, which is slightly lower than the world average rate.  In addition, many of our largest corporations pay no tax at all.  Yet you suggest that we “… cut it sharply, or even all the way to zero, and just watch the new factories go up.”  The Laffer Curve and trickle-down economics were soundly discredited decades ago.  We’ve been cutting corporate taxes for 34 years now, and it hasn’t happened yet.  Exactly when is this miracle going to start?  You know damn well it will never happen.  Stop lying.

You can read it for yourself here.  Stop lying.

Here’s my favorite.  “But how to make the really tough cuts – that is, on government spending – nobody has yet spelled that out very well.”  Stop lying.  Progressive economists and politicians have been recommending specific budget adjustments, which would boost the economy without hurting poor and middle class Americans, for decades.

Everyone Should Pay Taxes
We can talk about spending all day, but the government needs more money.  The only way to increase revenue is to increase taxes.

The idea that you should not have to pay for the things you use today because you might do something, someday, is laughable.  No rational human being would fall for that line.  Try telling Sears that they should give you a free lawnmower today because you might hire a local kid to cut your grass tomorrow.  See how that works out for you.

We all must contribute to the society that we enjoy.  Just who do you think you are?  Why didn't your parents bother to teach you about personal responsibility?

So stop blindly repeating random crap that you stumble across online.
Learn how to do some real research.  And stop lying. 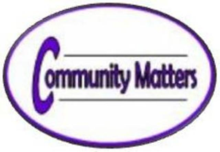