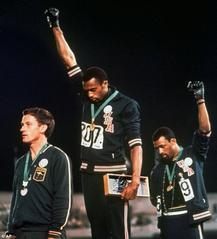 Welcome Your Rosa Parks Moment
And Change the World
December 1, 2015

Sixty years ago today, a lone woman fought for justice and changed the world.
You can do it too.  Create your Rosa Parks Moment.

History
Jim Crow ruled America’s pre-civil rights South.  “Jim Crow” was a set of segregation laws which prohibited black people from using most public facilities, even though they paid taxes to support them.  They couldn’t use public swimming pools, beaches, parks, libraries, or other amenities.  They forced children into segregated, and grossly inferior, schools.  Most private businesses refused to serve black customers.  While blacks could use public buses, they had to sit in the back of the bus and give up their seats for white riders.

Catalyst for the Civil Rights Movement
On December 1, 1955, a bus driver told Rosa Parks – a seamstress and member of the Montgomery, Alabama NAACP – to move further to the back to accommodate white passengers.  She refused.  Police arrested her.  And that ignited the modern Civil Rights Movement.

Mrs. Parks was an ordinary person, as are we all.  But she seized the moment that fate presented to her, and changed America forever.  Yes, there is still much work to do.  But we can do it.

Mrs. Parks died in 2005, 50 years after her iconic moment.  But she worked in the Civil Rights Movement until her death.  Millions of other people, all over the world, have followed her lead.  They march.  They lobby.  They speak for justice.

Liking and sharing stuff, twittering, and signing ludicrous internet petitions are useless.  They help no one.  All they do is raise money and collect email addresses.  They’re scams.  Don’t kid yourself that you’re helping the world.

Every one of these people faced a moment in their lives when they said “Enough.  I will not take this anymore.”

And they stood for justice.
You can too.  You’ll recognize the moment when it arrives.
When it appears, choose your path.  Embrace it.  Honor it.  Fulfill it.  Just do it.

Many Rosa Parks Moments evolve into lifetime commitments to justice.  Sometimes people go to jail.  Sometimes they die.  Most of the time, they succeed.  If a single moment is all you can give, then give it.  Step between a bully and a victim.  Challenge hate speech.  Help someone who needs help.

Stand up for your principles, even if you stand alone.

If you’re able to give more time, then give it.
Join an organization working on the issues that you care about.  Then you won’t be alone.
Leave the world a better place than you found it.

For more information:
Rosa Parks Biography
The Civil Rights Movement
NAACP
Black Lives Matter
Fight for $15 and a Union
Get Your Message to Your Legislators