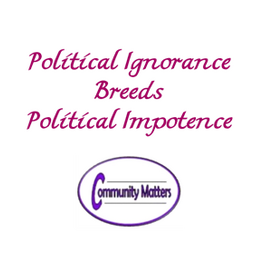 What is the Constitution Anyway?
And Why Do Our Schools Teach it Wrong?
​July 25, 2019

On September 17, 1787 the United States Constitutional Convention delegates approved their draft of a new Constitution.  Now it’s 232 years later and Americans still don’t know how our government works because our schools teach it wrong.  But that doesn’t stop everyone from hollering at each other.

The U.S. Constitution has been in the news more in the last twenty years than at any time that I can remember.  Is torture legal?  Should we adopt a constitutional amendment banning same sex marriage?  How much power does the President have? Can your child’s school principal search her locker, or his backpack?  Who is your representative?  When can you vote for a new one?  Few Americans can answer these questions.

HISTORY
In 1776, some citizens didn’t like the way that England governed its Colonies, so they broke away and formed a new country.  On July 4, they issued a letter to King George III, stating their goals and reasons.  We call it the Declaration of Independence.  The King objected to such treason, and sent troops to the colonies.  the ensuing events were the Revolutionary War.

Meanwhile, the rebels designed a new country from scratch.  Imagine that.  No one had ever done it before.  They called it the “noble experiment”.  Their first attempt, the Articles of Confederation, produced a national government that was clearly too weak to survive.

The founders could have put anything they wanted into the Constitution.  There were no limits, but there was much debate. Finally, they balanced the power between the federal government and the states, and created a system called checks and balances.  That system divided power among three equal branches so that no one in the government can gather too much control.

Our Constitution is a remarkable document.  James Madison (Virginia) and Gouverneur Morris (Pennsylvania) wrote most of the original text, consisting of 4,400 words.  Fifty-five farmers and businessmen, serving as convention delegates, contributed their ideas.  Their average age was 42.  The document established a brand new nation, and has been a model for other countries for more than two centuries.  It’s the oldest working constitution in the world.  It takes about an hour to read it, yet most people don’t.  It takes a lifetime to learn it.

CONSTITUTIONAL SUPREMACY
The Constitution is our government’s outline.  The founders didn't want an intricate daily operating manual.  There are enough English words to say anything you want to say.  Madison and Morris deliberately chose some very general language.  The founders didn’t want to be gods or dictators.  They wanted the country to be what we want it to be.  That’s why they used general language and gave us methods to change it.

However, one specific – and indispensable – clause has served Americans well.  Article VI states that the Constitution, all laws flowing from it, and all treaties adopted under its authority are the supreme law of our nation.  No state, city, county, school board, license clerk, or judge anywhere in the United States can override it.  We can only change it by amendment, which is a difficult process.

WHAT THE SCHOOLS ARE DOING WRONG
People screech that they just love the Constitution eversomuch, yet they’re

relentlessly wrong about what it says.  Schools used to teach “Civics”, which

concerns the rules by which we organize and operate our governments.

Then they stopped teaching civics for a while; it wasn’t fashionable.

Now, some schools teach it and some don’t.  When they do teach it, they do it

wrong.  Today, several generations of American citizens have no clue how

their own government works.  But they keep on howling.
And some of them vote.

When our schools do bother to teach civics, teachers drone on and on about powers – enumerated, express, implied, delegated, reserved, blah, blah, blah.  There is no such thing.  Those concepts are not in the Constitution.

No one ever uses them outside a classroom.

Teachers blather about the New Jersey and Virginia Plans, the Iroquois Confederacy and Enlightenment writings, and the Federalist Papers.  Those are all fine, but they belong in a history class, not a civics class.  The purpose of civics is to teach HOW the government works, not its ancestry.

The teachers aren’t qualified to teach civics classes because they don’t understand the Constitution either.

Teachers assign Constitution crossword puzzles, rap songs, poems, and acrostics.  Children search for pictures to illustrate each imaginary “power”.  They do everything except require the students to READ the hallowed document.  Because they don’t want you to know that you have the power to control your government.

That’s why they don’t teach what lobbying is, or how to do it.

I know that these teaching methods don’t work because students don’t learn from them.
If they did, then Americans would know what their Constitution is and what it says.  They don’t.  And that is exactly what’s wrong with the United States now.

You can’t have an intelligent discussion about anything when you don’t know what you’re talking about.

So, take an hour. Read the Constitution.

You’ll be glad you did.

For more information:
Read the Declaration of Independence
Read the Constitution
US House of Representatives
US Senate
Congress.gov
The White House

The Supreme Court
US Federal Court System
USA.gov:  Connect to every federal, state, local, and tribal government agency
Defective Teaching Methods Produce American Political Ignorance
Learn what lobbying is and how to do it