I attended Pittsburgh’s Pride Parade with my husband on June 8.  Mayor Bill Peduto said it was our biggest Pride parade ever, and second in the city only to the Labor Day Parade.  He’s wrong.  Pride overwhelmed Labor.  It was at least twice the size of recent Labor Day marches.  But that’s another story.

It was a joyous occasion.  Everyone was smiling, happy, and friendly.   As I watched the

have enjoyed it.  Love and miss you, Marty.

And yet, some folks still ask “Why do they need a parade?”

HISTORY
In 1970, a young gay man in San Francisco hung himself inside a closet.

He couldn't face his mother because she disapproved of him.

Harvey Milk was the man’s friend, a member of San Francisco’s Board of Supervisors (city council), and the first openly gay elected official in California.   He arranged the parade so that people no longer had to hide who they were.  He said it was time to come "out of the closet and into the street."  Let the public see their neighbors, teachers,  mail carriers, bankers, store clerks, and others that they know personally.  He said  that "when they find out that they know one of us, they more willing to accept  all of us."  And it worked.

At that parade, they honored that young man and all gay people throughout the United States, especially those attacked by rioting police at the Stonewall bar on June 28, 1969 - 50 years ago this month.  New York welcomed its first Pride parade that year too.

They parade to show that they don't want to hide who they are, that they're fed up with the bigots who persecute and murder them.

You probably never had to worry about that.  If you’re heterosexual, you’re free to marry anyone you choose.

No one ever dragged you out of a car and beat you to death.  No one ever beat you, tied you to a fence,  and left you for dead just because they don't "approve" of you.

Harvey White and San Francisco Mayor George Moscone were murdered by politician Dan White in 1978.  Tens of thousands of people held a spontaneous silent candlelight march to city hall in his honor. After the murder, San Francisco city council president Dianne Feinstein became mayor of San Francisco, and later, US Senator from California, where she still serves.

EQUALITY
So what’s the big deal?

On June 26, 2015, the US Supreme Court ruled that the Equal Protection clause of the Fourteenth Amendment does protect the right of same-sex couples to marry, just as it protects the marriage rights of opposite-sex couples.   But that applies only to marriage.

Despite what many people believe, any business can deny you a job or service anywhere for being married, unmarried, tall, left-handed, a Democrat, a Republican, or wearing blue socks.
Heterosexuals never have to worry about losing a job, home, hotel room, or school because of their sexual identity.
Nevertheless, many are angry that “they get everything”.
I don’t get that logic.

When someone else has more rights, it doesn’t mean that you get fewer.   It’s not pie.

And just maybe, all of this activity, camaraderie, and familiarity will generate more inclusivity. 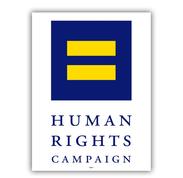