America:  Respect the Principles, Not the Symbols
October 13, 2017

While our nation faces so many difficult issues, Americans are more divided than at any time since the 1960s.  We’re debating whether we should reject our principles in order to worship our symbols.

The original purpose of flags was purely for identification.  For a thousand years, a largely illiterate public could easily recognize soldiers in battle, ships at sea, and government buildings by the large, colorful banners.  But there is a treacherous cult around our flag.  American flag worship constitutes idolatry, yet the wild-eyed flag wavers claim to be bible-thumping, ten- commandments-following “christians”.

Flag Day
June 14, 1877, the centennial of the original flag resolution, marked the first Flag Day celebration.  In 1949, Congress ordered that “Flag Day” be celebrated permanently on June 14, but it is not a national holiday.  That means that banks and government offices are open for business.

National Anthem
Francis Scott Key wrote the national anthem as a poem to express his relief at seeing the stars and stripes still flying over Fort McHenry after a night-long naval battle in the War of 1812.  If I had been there I’m sure I would have been glad to see it too.

Congress adopted the Star-Spangled Banner, set to the music of an old English drinking song, as our national anthem in 1931.  So, we were without it for more years than we’ve had it.

The anthem wasn’t played at sporting events until the 1918 World Series, as an effort to boost military recruitment during World War I.  Today, the US Defense Department PAYS professional sports leagues for the anthem spectacle.  Gee, maybe that’s why the leagues pressure the players to shut up and behave.

children recited it on Columbus Day in that year.  That practice became a daily

routine in American schools, and the phrase “under god” was added in 1954.

Legalities
US flag and Pledge of Allegiance etiquette appear in Title IV of the US Code, which lists all federal laws. The US Code of Federal Regulations, the regulations derived from those laws, does not contain the phrase “pledge of allegiance” anywhere.

The first amendment to the United States Constitution guarantees each of us the freedoms of speech, press, religion, assembly, and petition.  Those freedoms include the right NOT to say things with which we disagree.

On Flag Day 1943, The US Supreme Court held that schools may not force students to say the pledge.  While there is always media chatter about mandatory pledging in schools, and serious efforts crop up occasionally, our courts have always rejected them as unconstitutional.  Forty-four states require schools to offer the pledge, and several school districts are again trying to force students to stand.  Nevertheless, the law persists.  No one anywhere, ever, must stand for the pledge or the anthem.

At least one lawsuit has been filed to date, and more are sure to follow.  We don’t know how many students decline to say the pledge, and there is no way to know whether individuals refuse for political reasons or due to adolescent rebellion.

Dispute, Debate, and Protest
In 2015, mass public demonstrations arose after several incidents where white police officers killed innocent black men for trivial offenses, or for no reason at all, with little to no punishment.  Before three football games in August 2016, San Francisco 49ers quarterback Colin Kaepernick refused to stand for the national anthem to protest that injustice and the failure of the American justice system to hold the police accountable for those murders.  Kaepernick said "I am not going to stand up to show pride in a flag for a country that oppresses Black people and people of color. To me, this is bigger than football and it would be selfish on my part to look the other way. There are bodies in the street and people getting paid leave and getting away with murder."

And then America descended further into chaos.
Gradually, Kaepernick’s protest spread to a handful of other NFL teams, into college and high school sports, and back to the NFL with a vengeance.  Now, some non-athlete children remain seated or take a knee for the Pledge of Allegiance in school.  And school administrators violate their constitutional right to do so.

Conservatives moan and wail incessantly that Americans don’t have the right to exercise our first amendment freedoms.  They squelch the very freedoms that they claim our troops fight, kill, and die for.

The president of the United States of America demanded that Americans be fired from their jobs, expelled from their schools, harassed, and threatened for exercising their first amendment rights.
That is how low we have sunk.

The protests are not about the flag, or the military, or the song.
They are about the serial murders of innocent black people – men, women, and children, by a gang of uniformed, paid thugs who brutalize and murder black people, and think America’s streets belong to them, and get away with it.
They are about rampant police brutality.

Anthems, flags, buildings, and offices are symbols.  They represent the principles that Americans claim to honor – freedom of thought, speech, religion, and press, and the equal protection of the laws.  But Conservatives are shallow, selfish, and greedy people.  They respect objects.  They don't respect people.  They demand that everyone respect a song and a piece of cloth but they reject the principles of the republic for which it stands in the land of the free.

America will not respect those principles until it stops hiring assholes, bullies, crybabies, and psychopaths to be cops.
Commanding that we say a handful of words and strike a pose when near an object doesn’t respect American values.  Honor, duty, pride, and patriotism come from within, not from standing or saying a handful of words under duress.
I don’t know why this is so difficult to comprehend.

I recently attended a council meeting in my town, Brentwood, PA.  I was the only person who sat during the Pledge of Allegiance.  Then my husband and I attended his union banquet.  This time, two other people sat with me.  It gets easier.

Sixty-two years ago, a lone woman sat down for justice and changed the world.
You can do it too.  Embrace your Rosa Parks Moment.

Our schools are supposed to teach this stuff, but they don’t want you to know it. 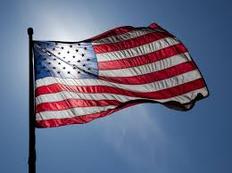 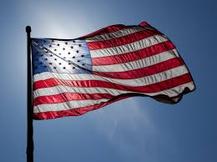