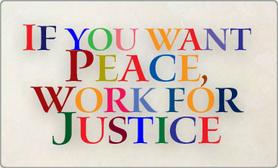 ​Concentration Camps:  America’s Latest Atrocity
You can end this.
​July 16, 2019

New York Congressmember Alexandria Ocasio Cortez was one of the first to use the term “concentration camps”.

Republicans went nuts.  We exercise our luxury of quibbling over language.

Meanwhile, America’s captives are drinking from toilets.  And dying.

America has  a long history of separating families – indigenous people, slaves, refugees, and anyone else they can get away with.  It must stop now.

CONDITIONS
The camp conditions are well-documented by journalists, members of Congress, independent agencies, local officials, and the Inspector General of the Department of Homeland Security.

He said "I couldn't be more impressed with the compassionate work

facility."  Wishing “Happy Holidays” and gay weddings offend him.  But the treating human beings like this is just dandy.

And the man has the audacity to call himself “Christian”.

LEGALITIES
Our Bill of Rights refers only to people, not to citizens.  It applies to every person within our jurisdiction, regardless of status.  It guarantees our rights to due legal process – search and arrest warrants, fair trials and hearings, legal representation, confront witnesses against us.

Seeking asylum is not illegal.  Requesting it is not a crime.  Federal law permits refugees to apply for asylum outside or inside the US, or at the border.  The law does not permit any immigration or border officials to separate children from their parents.

After World War II, 26 nations met in San Francisco to create the United Nations to work for world peace and cooperation.  Today, 193 of the world’s 195 countries are members.  In 1948, the UN produced a treaty – the Universal Declaration of Human Rights.  The US Senate ratified that treaty.

Therefore, the Universal Declaration of Human Rights is US law.

The United States government is deliberately violating the legal rights of our border captives.

Forcibly removing children from their parents is kidnapping.

Every local, state, and federal government employee swears an oath to uphold the Constitution.
Few of them have ever read it.

Kidnapping and child abuse are felonies.

According to NBC News, 24 immigrants have died in ICE custody, from abuse and neglect, to date, during the Trump administration.  According to state and federal laws, any death that occurs in the commission of a felony is murder.

Therefore, employees of Immigration and Customs Enforcement and the Customs and Border Patrol, along with all who lead and enable them,  are murderers.

WHY THIS MATTERS
I hope I don’t have to explain this part.

When I was a sophomore in high school, we studied WW II.  At the end of the unit, the teacher showed the films taken by US soldiers as they liberated the camps.  We were all horrified at what we saw.  Seeing it was so much worse than reading about it.  We were all in tears.

And then she said "I'm showing this to you now because you are the people who have to make sure that this never happens again."  I'm in tears just writing this now.

It horrifies me that so many allegedly responsible adults can treat people this badly.
And enjoy it so much.

(Then they came for the refugees.
And I did not speak out because I was not a refugee.)

Then they came for me.
And there was no one left to speak out for me.

In the past week, tens of thousands of Jews protested America’s concentration camps.
They say “Never again means never again.  For anyone.”
Millions of people, of all ages, politics, races, social status, heritage, religions, and no religion, protested along with them.

I was there.  I hope you were too.

Martin Luther King paraphrased Theodore Parker when he said
The arc of the moral universe is long, but it bends toward justice.

But justice isn’t magic.  It always needs a push.  We are that push.

WHAT YOU CAN DO
Politicians care more about votes than they do about money.  When they hear from enough of us, they move.

Facebook petitions are a waste of time.  They will not save the children.

I sent this message by phone and email to mine.
Children are living in slop and filth in your concentration camps at the border.
Many of them are dying. This is child abuse and murder.
They are actual crimes.
You are an accessory to those crimes as long as you let this go on.
You have no right to call yourself a Christian until YOU put a stop to it.
Do it now.

The United Nations has little power to enforce its treaties.  But it does have a few teeth.

High Commissioner for Human Rights Michelle Bachelet Jeria sent a letter to Trump informing him that our camps violate international law.  She can continue to pressure him.

LOBBYING
While doing this, know that what you're doing is called lobbying.

Lobbying is not what the politicians and media tell you it is.  "Giving buckets of money to legislators" is not lobbying.
Lobbying is the act of trying to convince elected officials - local, state, and federal -  to support or oppose legislation and policies that you care about.  Lobbying is the only thing that can restore our democracy.

Our schools are supposed to teach this stuff, but they don't want you to know that YOU have the power to influence your government.

Every victory that occurs is the direct result of lobbying.
Nothing moves in government unless someone pushes it.

Legislators listen to corporate lobbyists because they're the only ones doing the talking.
If you want your representatives to listen to you, then start talking to them.
If the 99% would do more lobbying, the 1% would have less power.

Lobbying is more important than voting.
Everyone can do it.
And it doesn't cost a dime.

You can do this.

Or you can spend an hour trolling online and watching stupid stuff on TV.
It’s your choice.

The only thing necessary for the triumph of evil is for good (people) to do nothing.
― Edmund Burke —

For More Information
Read the Constitution
US Citizenship and Immigration Services:  Refugees and Asylum
Universal Declaration of Human Rights
NBC News:  24 immigrants have died in ICE custody during the Trump administration
Learn how to lobby.
US House of Representatives
US Senate
UN High Commissioner for Human Rights
Why We Need More Lobbyists
Protests and Demonstrations Do Bring Change
Myths & Facts About Immigration in the U.S. 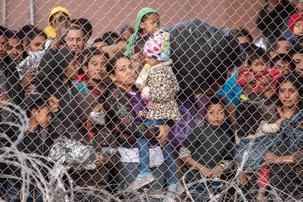