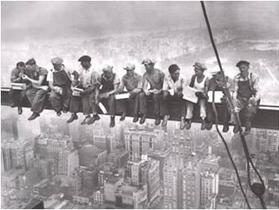 Pittsburgh’s labor community will join thousands of others to mark the 31st annual International Workers Memorial Day on Monday, April 29, at noon in Market Square.  About a hundred people take a break from work to honor those who can’t go to work anymore.  Please join us.

Mother Mary Jones was an invincible activist for all working people, especially children.  She often spoke the title words to inspire us to keep fighting for justice.  Sunday will be the actual Workers’ Memorial Day, to honor people killed or injured at work.  We will observe on Monday so that people working Downtown can participate.

Each year, dangerous conditions kill thousands of workers throughout the world.  Those hazards create illness or injury for millions more.  Since 1989, the AFL-CIO has observed April 28 as a day to “mourn for the dead, fight for the living.”  Labor unions and workers in nearly 100 countries observe the day.

BACKGROUND AND HISTORY
We observe on April 28 because OSHA, the Occupational Safety and Health

Administration, was founded on this day in 1971, thanks to intensive lobbying

efforts by American labor unions.  OSHA is the arm of the U.S. Department of

Labor that oversees workplace health and safety issues.  Thanks to the labor

unions, American working conditions have progressed a great deal in the last

hundred years, but there is still much room for improvement.

Since most of the products that we buy are manufactured overseas, we should

remember that those cheap prices often come at a high cost.

China and other third-world countries don’t have strict – or sometimes any – health and safety regulations.

That’s one reason why their products are so cheap.

This year also marks the 108th anniversary of the Triangle Shirtwaist Factory fire, in which 146 workers died because the company owners put profits before people.  It took sixty years for Congress to repudiate such callous behavior, when they enacted the Occupational Safety and Health Act.

CURRENT STATUS
That attitude persists today.  Right now, the U.S. Chamber of Commerce and congressional Republicans are vigorously pushing their agenda to repeal the laws that protect your life.  They want to return to the good old days of unrestricted child labor, absence of safety standards, sweatshops, and robber barons – all so they can pocket more cash.

Until Congress created OSHA, companies routinely lied and hid evidence of workplace injuries and illnesses.  They didn’t want the public to know how dangerous many occupations were.  It’s hard to hide deaths and injuries in hazardous jobs like construction, mining, and manufacturing, but they concealed and obfuscated reports of occupational illnesses like black lung, mesothelioma, and cancer for decades.

The public would be furious, and demand action, if 14 people died of a virus every day of every year.

As the event poster says,

On Workers Memorial Day, we will continue that fight.

We will fight to create good jobs in this country.

We will fight for the freedom of workers to form unions,

to have a voice and bargain for safe jobs, respect, and a better future.

We will demand that the country fulfill the promise of safe jobs.

The only way to fulfill that promise is to strengthen OSHA and workplace health and safety regulations.

We’ve already seen that we can't trust Republicans or corporate executives to behave properly on their own.

So the next time you don’t get hurt at work, please remember the struggles of people who fought for your health and safety, and remember those who died along the way.
Keep up the fight for those who follow us.

And lobby for change.
WE ARE ONE

Contact Pat to get email notice of all new Community Matters articles.​​