On Monday September 2, Americans will celebrate our 138th Labor Day.  The Allegheny County Labor Council will host its 38th consecutive parade in downtown Pittsburgh.   Participation and attendance will be sparse because they refuse to promote their own event.  Labor councils in dozens of cities will also host parades.

Most Pittsburghers don't even know there is a parade, or when Labor Day is. The Pittsburgh Post-Gazette doesn’t bother to list it in its Weekend Magazine either, even though it covers the parade every year.  There will be a small story online and maybe in Wednesday's paper.  The PG always gets the count wrong too.

HISTORY OF LABOR DAY
Everything good about your standard of living came to you through the organized labor movement.  First celebrated by the Knights of Labor in 1882, Congress proclaimed the first Monday in September as Labor Day, a national holiday, in 1894.

From the beginning, organized labor celebrated the day with parades, picnics, and festivals.  That tradition endures.

Pittsburgh’s parade is one of the largest Labor Day events in the United States, but participation has fallen in half because of the Labor Council’s neglect.  Nearly 200 groups and 40,000 people participate.  The Labor Council has traditionally welcomed any of our elected public officials who care to participate.

BENEFITS OF UNIONS
Labor unions brought benefits to every working

person in America, whether they belonged to a

union or not.  Unions created the American middle

class.  We take these things for granted, but none

of them existed before the rise of the unions.

THEN THANK A UNION MEMBER.

Unions have won the minimum wage, wage and hour laws, child labor regulations, and workers’ rights and privacy on the job. According to the US Bureau of Labor Statistics, union workers make more money than non-union workers in all types of occupations.  Union workers are better trained and less likely to be involved in workplace accidents and deaths.
If you benefit from any of these things, THEN THANK A UNION MEMBER.

Unions created the day to honor all workers.

Labor Day is especially important now when Republicans and corporations are attacking American workers like never before.

Today, our unions still fight for all of us while the Chambers of Commerce, the Republican Party, and others try desperately to destroy us.  They’re not only trying to destroy unions.  They’re coming for you next.  “Right to Work” laws are gaining ground again because Republicans are lying to you about what they are.  The laws do not protect your right to a job.

They only protect profits for corporations.  Only the unions can protect your working rights.

Unions made our lifestyle possible.  If you want to keep it, then support our unions.

No one questions business owners’ rights to stick together to support their interests, but many employers are outraged when employees do the same thing.  Chambers of commerce, business and trade associations, and others actively promote business interests to the government and the public.  Yet they don’t want workers to have anyone protecting our  rights, and will often break the law to break the unions.

Unions represent the common interests of all workers to the business owners, the government, and the public.  If unions aren’t necessary anymore, then why do corporations spend billions of dollars every year trying to destroy them?

As President John F. Kennedy said,
"The American labor movement has consistently demonstrated its devotion to the public interest.  It is, and has been, good for all America.  Those who would destroy or further limit the rights of organized labor--those who cripple collective bargaining or prevent organization of the unorganized--do a disservice to the cause of democracy."

THIS YEAR’S PARADE
I’ve marched with my husband and Iron Workers Local 3 in every Pittsburgh Labor Day parade since 1982, and we’ve always had a wonderful time.  We’ve never missed one.  We’ve been there together through illness, injury, surgery, wedding, childbirth, rain, and shine.  I don’t know anyone else who’s done that.  It’s second only to Christmas in our family.  So parade with us on Monday, and bring your family.

If you belong to a union, find out where to meet your group. If not, then come to watch. Wave to your friends and neighbors.  See your teachers, your mail carrier, your bus driver, the local hotel and restaurant staff, TV and radio personalities, news reporters, employees at your health care facilities, and the construction workers who erect our buildings, and say “thank you”.

Many union locals host picnics and such afterward, for their members and families.

If you don’t belong to a union, you can show your solidarity by joining Working America.
And on this of all days, remember.

For more information:
Labor Unions:  Myths and Facts
Ironworkers Local 3
AFL-CIO – This site has links to all of its member unions
Allegheny County Labor Council
The History of Labor Day
Working America
Right to Work is a Scam:  The Laws Do Not Protect Your Rights
Your own union Web site - Try Goooooooooogle

What Else:    Everyone gets a T-shirt and a hat.

Now if that’s not an incentive, I don’t know what is. 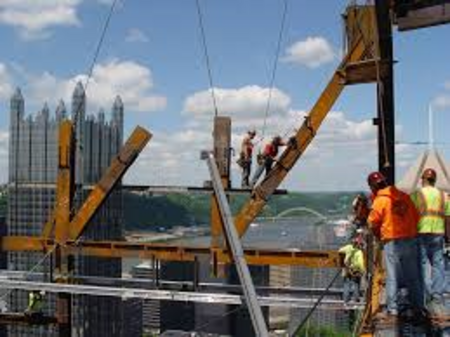 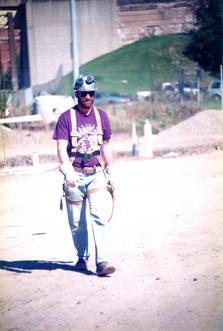